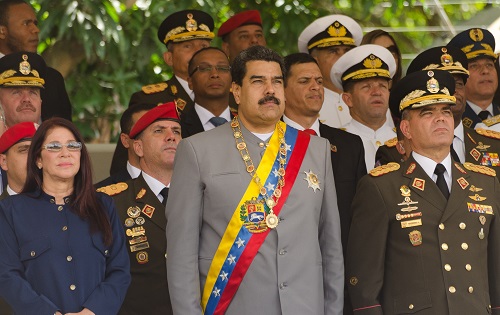 The US government ‘will take strong and swift economic actions’ in the event that the Venezuelan government imposes its planned constitutional assembly. So said President Donald Trump on 17 July, the day after a Venezuelan referendum on the assembly, which, opposition leaders say, saw over 86% of the population rejecting the proposal.

The constitutional assembly proposed by Venezuela’s president Nicolas Maduro (and scheduled to come into existence 30 July) is controversial because, say observers, its intention is to bypass ordinary legislative processes. But it’s also being seen as a culmination of US frustration with the political situation in Venezuela – and beyond.

DC-based lawyer Jason Poblete of Poblete Tamargo told WorldECR that the current situation is ‘beyond tense – people are dying daily,’ and he said that the present time is seeing a number of issues converging, as a nexus between Venezuelan officials, Cuban political advisers active in Caracas, and links between the Central American republics with Iran, become clearer.