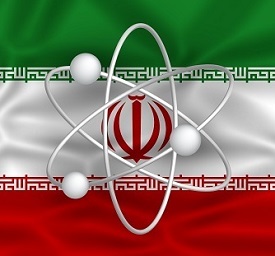 The CEO of a New York-based metals company has been sentenced to nearly five years (57 months) in prison for conspiring to export a weapons-grade metallic powder from the US to Iran, contrary to the International Emergency Economic Powers Act (‘IEEPA’).

Erdal Kuyumcu,  a US citizen and CEO of Global Metallury LLC, pleaded guilty at a hearing at the US district court in Brooklyn to conspiring to export to Iran a metallic powder composed of cobalt and nickel.  The export of the powder requires a licence from the US Treasury Department’s Office of Foreign Assets Control (‘OFAC’) under its rules to combat nuclear proliferation and terrorism.

Kuyumcu conspired to obtain over 1,000 pounds (450kg) of the metallic powder from a US supplier, which was to be shipped first to Turkey, then on to Iran. According to court documents, shortly after one of the shipments was sent to Iran, an Iranian steel company with the same address as an OFAC-designated Iranian entity under the Weapons of Mass Destruction proliferators sanctions programme, sent a package to Kuyumcu’s contact in Turkey.

‘This Office, together with our law enforcement partners, will continue to use every tool available, including US export laws, to prevent goods with potentially dangerous uses from falling into the wrong hands and jeopardizing our national security,’ stated Acting United States Attorney Rohde. ‘Here, the defendant exported a metallic powder that has potential military and nuclear applications to Iran, a state sponsor of terrorism.’

The prosecution was the result of a joint investigation between the US Departments of Commerce’s Bureau for Industry and Security (‘BIS’), Justice and the Federal Bureau of Investigation (‘FBI’).

The case is U.S. v. Kuyumcu, U.S. District Court, Eastern District of New York, No. 16-cr-00308 and the judgment can be found here:
https://www.justice.gov/opa/pr/chief-executive-officer-international-metallurgical-company-sentenced-57-months-conspiring