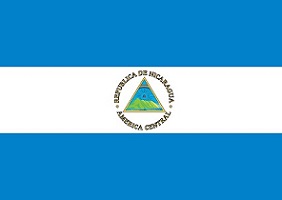 On 4 September, the Office of Foreign Assets Control (‘OFAC’) of the US Department of the Treasury issued Nicaragua Sanctions Regulations, implementing Executive Order 13851 of 27 November 2018 (Blocking Property of Certain Persons Contributing to the Situation in Nicaragua).

OFAC says that further detailed guidance on the regulations will be published in due course.

The US government has been ratcheting up sanctions against Nicaragua in recent years. Last year, when OFAC designated officials including a chief of police, the head of the national oil company, and the vice president of a company buying and selling Venezuelan oil, OFAC undersecretary Sigal Mandelker said,

‘The violence perpetrated by the government of Nicaraguan President Daniel Ortega against the Nicaraguan people and the efforts of those close to the Ortega regime to illicitly enrich themselves is deeply disturbing and completely unacceptable.’

A briefing by law firm Clifford Chance comments: ‘The Regulations reflect the continued focus of the current administration on increasing sanctions targeting Cuba, Venezuela, and Nicaragua. This expanding focus will require both US companies and, for example, non-US companies doing business in Nicaragua using the US financial system to ensure that their current and future business is compliant, and that their existing compliance program has been updated and going forward is resilient to keep up with these developments.’