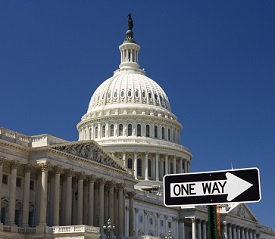 The US has reportedly begun drafting sanctions against Iraq in response to Iraq’s proposed expulsion of American troops.   The move comes after President Trump publicly threatened Iraq with sanctions.

On 5 January, Iraq’s parliament voted to work toward expelling all foreign troops in the country in response to the US killing of senior Iranian commander General Qassem Soleimani.

Trump responded by threatening to impose ‘very big sanctions’ on Iraq: ‘We will charge them sanctions like they’ve never seen before, ever. It’ll make Iranian sanctions look somewhat tame.’

White House sources were quoted as saying they plan to wait and see whether US troops are ultimately expelled from Iraq before imposing sanctions. A number of commentators have noted that he move would be extremely unusual in sanctioning an ally which has received many years of heavy US financial and military support.