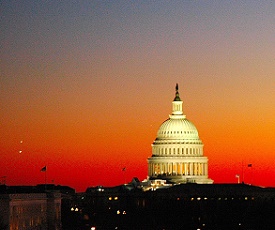 The US Senate and Congress have passed the 2020 National Defense Authorization Act (‘NDAA’). It now awaits presidential sign-off.

The US$738 billion defence policy bill includes a raft of new measures, sanctions and initiatives including the creation of a Space Corps, the first new branch of the US military in more than 60 years.

Key elements of the document relate to sanctions against North Korea, Russia, Syria and Turkey. It also includes human rights and accountability in Saudi Arabia, and measures to combat illicit trafficking that finances terror group Al-Shabaab.

Specifically, it imposes US sanctions on vessels engaged in pipe-laying at depths of 100 feet or more below sea level and any foreign persons that have knowingly ‘sold, leased, or provided’ such vessels for the pipelines or facilitated deceptive or structured transactions to provide such vessels.

It means individuals identified as being involved in the projects could also have US visas revoked and see transactions related to US property blocked, although the bill allows a 30-day period for individuals to ‘wind-down’ their operations in the project.

The cross-border pipelines are intended to boost gas supply into Europe, while bypassing Ukraine.

However, some US officials are reported to have conceded that sanctions are too late to have any real effect on the US$10.5 billion Nord Stream 2 project, which is now close to completion.

The bill also includes new sanctions on Turkey, following its purchase of Russia’s S-400 missile defence system. The measures include blocking US sales of F-35 stealth fighter jets to its NATO ally. Turkish President Recep Tayyip Erdogan has already threatened a response, saying he would respond ‘in the framework of reciprocity’ if his country is subjected to US sanctions – this could include plans to close two military bases in Turkey used by US forces, Incirlik and Kurecik.

NDAA 2020 also creates authority for the US to impose secondary sanctions on foreign entities engaged in a number of activities including the import/export of significant quantities of coal, textiles, seafood, iron, or iron ore, as well as vessels, and covers the exportation or employment of North Korean workers that generates significant revenue for the government of North Korea.

NDAA 2020 also includes a number of sanctions and special measures against Syria.

They include the imposition of sanctions against foreign persons who engage in significant transactions with the government of Syria, including any entities it owns or controls, as well as senior political figures, and persons operating in a military capacity inside Syria on behalf of the governments of Syria, Russia, or Iran.

Sanctions may also be imposed for engaging in significant activities relating to Syrian domestic petroleum production, construction and engineering, and aircraft or aircraft parts used for certain military purposes in Syria.