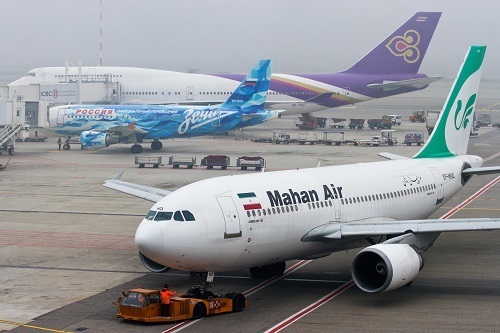 An Indonesian man and three Indonesian companies have been charged by the United States District Court for the District of Columbia for violating US sanctions against Iran by selling US-origin goods to Mahan Air, a Tehran-based airline business.

A statement by the US Department of Justice reported that Sunarko Kuntjoro and three companies – PT MS Aero Support (‘PTMS’), PT Kandiyasa Energi Utama (‘PTKEU’), and PT Antasena Kreasi (‘PTAK’) – have been charged with an eight-count indictment for violation of US export laws covering Iran.

The 68-year-old businessman and PTMS also face charges for unlawful export and attempted export to an embargoed country, conspiracy to launder monetary instruments, and false statements.

According to the indictment, between March 2011 and July 2018, Kuntjoro, the majority owner of PTMS, conspired with Mahan Air and others, including an undisclosed American person and company, on various repair projects involving US input.

‘The conspiracy involved transporting goods owned by Mahan through PTMS, PTKEU and PTAK to the United States for repair and re-export to Mahan in Iran and elsewhere,’ the statement read. ‘The conspirators caused the US-origin goods to be exported from the United States without obtaining valid licenses.’

Mahan Air was designated a specially designated national and blocked person (‘SDN’) in 2011 by the US for providing financial, material and technological support to Iran’s Islamic Revolutionary Guard.