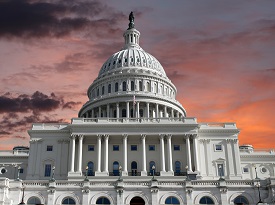 A group of venture capital funds – all US citizens or entities wholly-owned by United States citizens – who have struggled to access funds tied to a designated party, are suing the US Office of Foreign Assets Control (‘OFAC’) and OFAC Director Andrea Gacki, and Treasury Secretary Steven Mnuchin in a suit which they say ‘arises out of the warrantless seizure and ongoing interference with property interests of United States citizens by the Government through the operation of economic sanctions programs directed at foreign nationals.’

The plaintiffs in the case, Intrater v OFAC, explain that in April this year OFAC imposed sanctions against the Russian oligarch Viktor Vekselberg and his Renova group of companies.

The plaintiffs jointly owned a number of investment funds which were indirectly owned by Vekselberg and/or Renova, and were seized by OFAC, according to the plaintiffs, because OFAC understood them to be more than 50% owned by the sanctioned parties.

While OFAC has issued general regulations describing administrative procedures for the return of blocked property, the plaintiffs argue ‘[it] has promulgated no rules by which U.S. persons or entities may seek return of or access to property interests subject to sanctions by reason of the 50% Rule. The sole administrative remedy provided by OFAC in such circumstances is to apply for a license from OFAC that authorizes specific activities otherwise prohibited by its sanctions or regulations.’

This, say the plaintiffs, is what they have attempted to do, but, they say, OFAC has ‘neither granted nor denied Plaintiffs’ applications. Plaintiffs remain in complete limbo, unable to control, manage, use, or dispose of their property. Moreover, none of OFAC’s rules, regulations, or public guidance provides any limit on the time within which OFAC must act on a license application by U.S. citizens to either unblock – and  thereby effectively return – property seized from U.S. citizens, or to grant a license to permit U.S. citizens to manage and control their property that is subject to sanctions by reason of OFAC’s 50% Rule.’

Amongst the reliefs sought by the plaintiffs are that the court: ‘

One lawyer, familiar (but not involved) with the case, told WorldECR,

‘I’m glad to see people bringing these cases because it will help the agency apply intellectual integrity to its activities. I’ve often urged clients to bring cases like this, but they’re afraid and they don’t want the “stigma” of taking on OFAC.’