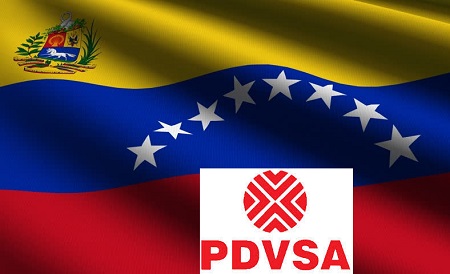 The US Department of the Treasury’s Office of Foreign Assets Control (‘OFAC’) said, 3 December, that it had, ‘identified six vessels as blocked property of Petroleos de Venezuela, S.A. (PdVSA) pursuant to Executive Order (E.O.) 13884, which blocks the property and interests in property of the Government of Venezuela,’ and also that it had ‘identified the vessel Esperanza as blocked property of Caroil Transport Marine Ltd., which was designated on September 24, 2019, pursuant to E.O. 13850 for operating in the oil sector of the Venezuelan economy. The Esperanza was previously listed as the Nedas on the Specially Designated Nationals and Blocked Persons List, which was identified as blocked property on April 12, 2019.’

Treasury Deputy Secretary Justin Muzinich said that Cuba and the former Maduro regime ‘continue trying to circumvent sanctions by changing the names of vessels and facilitating the movement of oil from Venezuela to Cuba…The United States will continue to take necessary action to protect the people of Venezuela.’

OFAC said that the action ‘targets the former Maduro regime’s corruption in the oil sector and the mechanisms used to transport oil to the Cuban regime in return for security and intelligence assistance, which is one of the remaining sources of support for the illegitimate former Maduro regime in Venezuela. It also shows Maduro’s priorities – providing cut-rate crude oil to the Cuban dictatorship, while people in Venezuela go hungry.’

Meanwhile, by contrast, the Wall Street Journal reports that ‘Venezuela’s baseball league has received a license from the U.S. Treasury that potentially paves the way for players affiliated with Major League Baseball to participate despite U.S.-imposed economic sanctions against the South American country.’