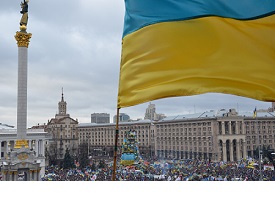 Working with Ukrainian authorities, the European Union is taking steps to address what it calls the ‘significant safety and security risks and challenges related to the spread of illicit weapons, ammunition and explosives (WAE) across [Ukraine’s] borders and on its territory,’ which, it says, ‘have been in particular aggravated by the crisis in and around Ukraine and have been manifested in the illegal possession, misuse and trafficking in WAE.’

‘Ukraine remains an area of concern and an important challenge in the EU Strategy against illicit firearms, small Arms & light weapons (SALW) and their ammunition (the EU SALW Strategy). The EU SALW Strategy states that “the current instability in Eastern Europe has raised the level of illicit trafficking of firearms in various countries in the region, such as Ukraine. This presents a significant long-term security threat to both Ukraine and the EU. Cooperation between the EU and Ukraine on this issue is thus of mutual interest. The EU is pursuing its bilateral engagement with Ukraine and other countries in the region and systematically integrates the fight against illicit SALW into any dialogue on security matters with partner countries in the neighbourhood.

‘Thus, with the reference to Eastern Neighbourhood in general and Ukraine in particular, the EU SALW strategy sets out the following actions: