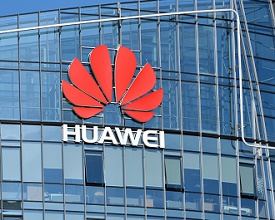 A partner at the law firm Sidley Austin has been barred from representing Huawei in a criminal case in which the company is accused of conspiring to defraud several banks, Reuters has reported.

James (Jim) Cole is a former Deputy Attorney General of the United States (from January 2011 until January 2015), and in that role (according to the firm’s website) ‘was responsible for the day-to-day supervision and direction of all organizational units of the DOJ and worked closely with Attorney General Eric H. Holder Jr. to formulate and implement key policies and programs for the Department.’

In a May court filing, US prosecutors said that there was a ‘a “substantial risk” that Cole could use “confidential factual information” obtained while serving as DAG to “materially advance” Huawei’s current defense strategy.’

The order was made by Judge Ann Donnelly of US District Court in Brooklyn, New York, after federal prosecutors argued that Cole’s prior work at the Department of Justice created conflicts of interest. Huawei has said that the order violates its Sixth Amendment right to counsel of its choice.

The case sees Huawei charged with conspiring to defraud banks including HSBC by misrepresenting its relationship with Iran.