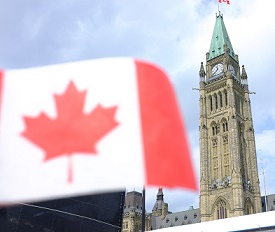 Canada’s Trade and Export Controls Bureau has published a licence for exports of Arms Trade Treaty-controlled goods to the United States.

It says: ‘Pursuant to the Export and Import Permits Act, the Minister of Foreign Affairs has issued a General Export Permit (GEP) relating to exports to the United States of Arms Trade Treaty (ATT) Items identified in Group 9 of the Export Control List (ECL) and certain firearms and ammunition referred to in items 2-1 and 2-3 of the Guide to Canada’s Export Controls.’

‘The reporting requirements in GEP 47 enable the Government of Canada to increase transparency by reporting on the permanent export of ATT items to the United States.’