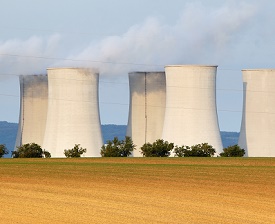 The United Kingdom’s Department for International Trade has updated its guidance and requirements for the export of equipment and technology on the Nuclear Supplier’s Group ‘Trigger List’, published by the International Atomic Energy Agency.

The document includes guidance on the circumstances in which it is necessary to obtain an end-user undertaking (‘EUU’) but notes that while ‘in the great majority of cases the End-User will be self-evident … this is not always the case, and there have been instances in which the UK and other governments have adopted different interpretations.’

It adds: ‘The problem area is where a UK exporter is transferring nuclear fuel to a fuel fabricator, or similar, who then repackages the fuel into rods, or similar, and sells it to the final user, often a power plant. The UK has taken the view that the fuel fabricator receives the material in the state that it left the UK and is, therefore, responsible for providing an EUU where one is needed. However, some other countries have taken the view that the input of the fuel fabricator is insignificant and that, in reality, the power plant is the End-User.

‘These are legitimate differences of interpretation and so the [UK Export Control Office] is prepared to allow a degree of flexibility. From their perspective it is more important that they are made aware of exactly what is happening (in other words, who is initially receiving the fuel, what they are doing to it and where it is then going to be sent) than the format of the document.’