History in the making. Back issues of WorldECR dating back to 2011 are available to purchase. A valuable resource for every trade law library.
Back issues can be purchased below for £55. For bulk/series purchases, please contact mark.cusick@worldecr.com. 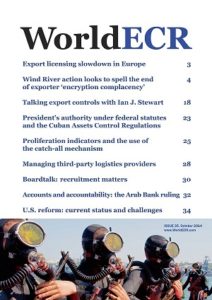 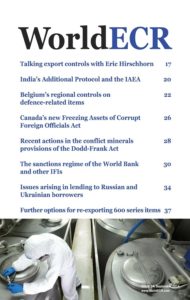 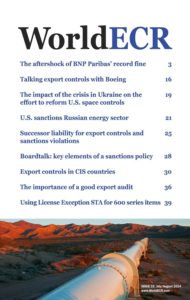 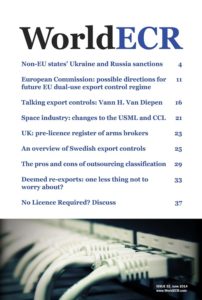 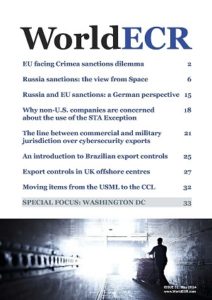 Russia and EU sanctions: a German; Why non-U.S. companies are concerned about the use of the STA Exception; The line between commercial and military jurisdiction over cybersecurity exports; An introduction to Brazilian export controls; Export controls in UK offshore centres 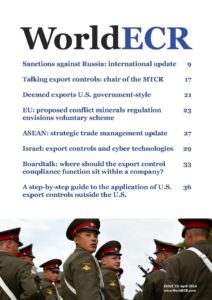 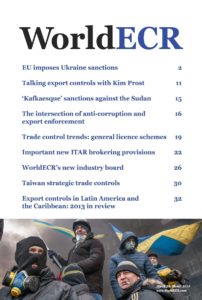 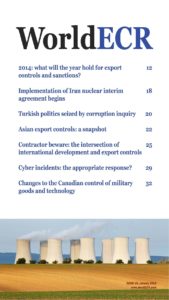 Cyber incidents: the appropriate response?; Asian export controls: a snapshot; Changes to the Canadian control of military goods and technology; Contractor beware: the intersection of international development and export controls 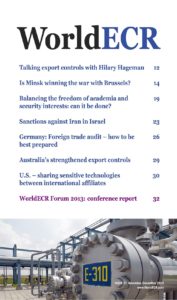 Sanctions against Iran in Israel; Germany: Foreign trade audit – how to be best prepared; Australia’s strengthened export controls; Is Minsk winning the war with Brussels?; Balancing the freedom of academia and security interests: can it be done? 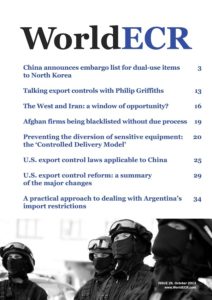